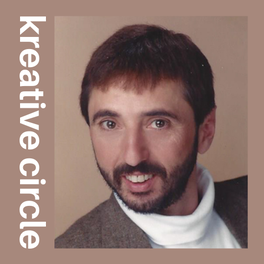 Credit: James Aiello
James, Welcome to Kreative Circle. As the founder of James Aiello Productions, what have you learned about entrepreneurship while also nurturing your successful writing career? Among your few professions which include you working as a registered nurse, how have these various roles groomed you to become the writer you are today?

I have learned that starting your own publishing company is a difficult thing to do, but it can be done.  First you need to create a business plan, then Incorporate the business.  Next it is creating a dynamic webpage and then begin an advertising program to promote your new business and website.  Google advertising is a great way to start.  Once you finally have things running smoothly it is extremely exciting.  Creating my own publishing company has also help me to publish my own novels and taken the stress off that comes with trying to find an agent to represent you or finding one of the larger publishing company to take an unknown author on.  Selling novels in today’s market is exceedingly difficult and that is why a good advertising campaign is the key to a successful writing career.  I also have worked as a registered nurse for most of my career and learning to document on medical charts has helped me immensely with my writing skills.

Your successful writing career emanates from personal trials which include your beloved Michael's passing as well yourself overcoming thyroid cancer. Please share the inspiring story with audiences that initially empowered you to embrace your passion for writing. Also how have these experiences influenced your perspective on living a wholesome life?

I always dreamed of becoming a published author, but a busy life with a full-time nursing career, raising a child with my partner Michael, caring for family members and being active in the local food bank, never allowed me that opportunity.  All that changed in one year with the deaths of three of my beloved family members including my partner of 24 years Michael.  It was the pain of that loss which I had to escape in order to survive and I hid in my writing.  My writing was also the catalyst which brought me to a higher awareness of my own spirituality, and I believe allowed me to channel the energy needed to write my first novel “Forbidden Child”.   Shortly after the publishing of Forbidden Child I had another hurdle to leap over, I was diagnosed with Thyroid cancer which stopped me from going on a national book tour which I had set up. I had to have a thyroidectomy and after a short recover time I was able to begin the book tour.   This was a setback, but I was not fearful.  Death no longer scared me. The awakening to my own spiritual guides has heightened my awareness that we are all connected and that much more needs to be done to save our environment for our children’s futures.

Being raised near the Hudson Valley in NY, what experiences from your upbringing made you curious to explore the notion of a love child between former President John F. Kennedy and his alleged mistress Marilyn Monroe? As a twelve year old, did you share such curiosities with others around you? If so, what were their reactions and responses to your creative musings?

I was 12 years old when a thought came to me and I wondered what a child of JFK and Marilyn Monroe would be like.  I remember seeing a documentary on JFK and Marilyn Monroe and the way she was dressed when she sang happy birthday to him at his birthday party at Madison Square Garden on May 19th, 1962.  I never told anyone what I was thinking, but that thought stayed with me for years.  And when I begin to write my first novel, “Forbidden Child” that was the question I had to answer.

As the author of the "Forbidden Child" trilogy, what lessons did you learn about writing a fiction story during the first book? Are there any writing techniques and tips that new authors can benefit from? What part of crafting the story did you find to be the most challenging? And the most emotionally satisfying?

While writing my first novel I learned to let my imagination go wild.  I needed to become each character, to feel their love for each other, their passion for life, their desire for revenge and their ultimate awakening to what really matters in life.  Then and only then could I convey that to my readers.   The most challenging to my writing was finding my sweet place to create.  For me I found it many nights driving around at 2 am with a recorder in my hand.  The most emotionally satisfying was the spiritual connection I felt with my higher power as the story unfolded.

When writing the "Forbidden Child" series, were any of the characters in the story inspired by real life personalities? What professional guidance do you have for authors aspiring to write a series versus a stand alone book/story?

In writing the Forbidden Child series I was very inspired by the real lives of Marilyn Monroe and Elizabeth Tayler. Both women survived and flourished in a time that was considered a man’s world and they used everything they had and every trick up their sleeves to do so.  Marilyn Monroe was a great actress, model, and singer.  Known as the blonde bombshell and became the most popular sex symbol of the 1950s and early 60s and was emblematic of the era’s changing attitudes towards sexuality.  She overcame a difficult childhood and the Hollywood elites who tried to destroy her career to become an American Icon.  Elizabeth Taylor was a child prodigy who became a great actress, businesswoman and humanitarian.  I tried to mold Christina Powers after them both. The reason I wrote Forbidden Child as a series was because I was hoping to create a following and I felt if I released the entire story in one novel it would be over in one reading and I did not want that for my readers until I was ready to complete the entire story in one novel.  If you are aspiring to write a series then please create a plot that continues to climb, reach a cliffhanger like a musical crescendo and then leave them hanging for more.  And in the next novel give them more. 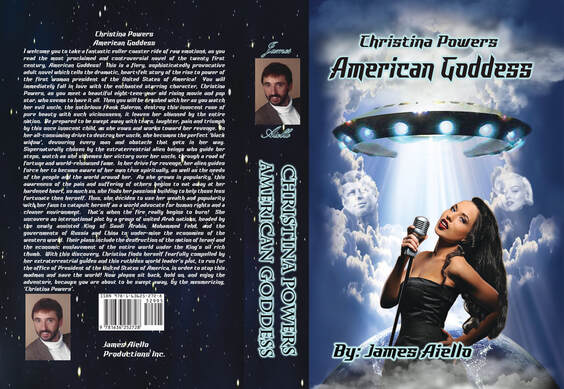 Credit: Christina Powers American Goddess
​
​In the book "Christina Powers", the story celebrates a woman as an independent beauty in a leadership role. Who are the women in your life that have taught you about the graces of women contributing to society in multi-faceted roles? What are the top two virtues of the protagonist Christina Powers? What are her top two vices?

The gift of my protagonist, Christina Powers came from growing up in a household with strong independent women.  My mom ran our Italian family style restaurant, and my two older sisters worked all day beside her and then would train and race our family harness horses in the evenings better than any of the guys in the paddock.  They taught me to love and respect the strengths of women.  This is why Christina’s top virtues are her determination to overcome any obstacle and her ability to fight for unconditional love towards all creation.  I would say her top two vices where her temporary addiction to cocaine and her almost seemly blinding drive for revenge.  But even these become learning experiences which make her a better person in the end.

Christina Powers endures all sorts of emotions, including pain and suffering, during her rise to power. When conceiving Christina's character, did you implement any personal lessons learned of grief and suffering to devise a realistic character in a fiction story?

All the pain, suffering, loves and losses Christina must learn to survive in this story have come directly from what I have learned in my personal experiences of life’s pain, life’s losses, and life’s loves.  This was the only way I could bring this fictional character to life in a real honest way.

At what point in your writing career, did you comfortably embrace that you've evolved into a seasoned writer? What benchmarks do you aspire to achieve as a writer today compared to when you started out several years ago?

I did not feel I was a seasoned writer until I had completed my second novel in the Forbidden Child series “Forbidden Child Secrets Revealed”.  That is when I truly felt that I had become a seasoned writer.  I am sure it was because I realized the power and passion of the love story woven in that novel was exactly what a character as strong as Christina Powers needed.  It is a love story that one day should be proclaimed a masterpiece in the literary industry.  When I first started writing I just hoped to be recognized as a creative writer and now my goal is to see my work come to life on film.

As a celebrated professional and father, what have you taught your son Tyler about unconditional love? How are you able to weave the concept of respect and love into the characters you create for entertainment purposes?

I pride myself in the knowledge that my son, Tyler has grown into a man who can accept others for who they are without negativity or judgment.  He understands people are different and has learned to express unconditional love for others even in the hardest times.  I feel that the love and respect my characters show through my writing for entertainment purposes is my attempt to enlighten my readers in the possibility that all things are possible when people come together for the common good.

James, are there any books from your childhood that resonate with you to this day? Is there a character or a timeless theme that you hold dear in your heart and why?

As a child the first time I read “The Lion the witch and the wardrobe” by C.J Lewis I became fascinated.  The theme of good vs evil, betrayal and forgiveness, courage and transformation became a seed planted within my soul a long time ago.  The ultimate lesson I took away from that story was Love for all life can overcomes any hateful obstacle that tries to stand in its way.

If "Forbidden Child" was chosen to be made into an entertainment film, who would you choose to play the main characters?
Are there any personalities, from the past and/or present, that you would like to audition for "Christina Powers"?

I would love to see Megan Fox play Christina Powers, so much so that I have started a petition campaign asking her to review Christina Powers American Goddess.  My hope is that she will bring Christina to life on the big screen.  I believe in my heart that if I could only get her to read the novel, she would realize that she is the perfect actress for this part.
​
James, when you feel the need for inspiration, what do you do? Do you have a favorite song, quote or activity that elevates your mind and soul to continue creating new chapters of your life?

I find my creative inspiration is the strongest at 2 am when I walk alone in a quite tranquil place just looking up at the stars.  I have learned that the heavens and connecting with my higher power is where my stream of creativity flows from.

Please share with audiences how they can support your work.